home > Fushimi, Kyoto – A Place of Water and Sake

Fushimi, Kyoto – A Place of Water and Sake 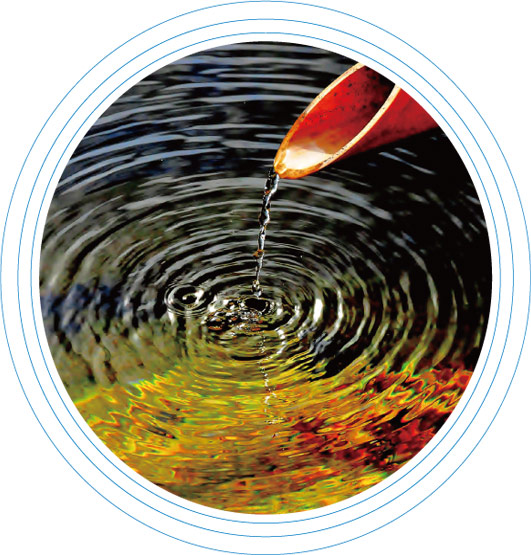 Smooth and mellow. What is the secret of the sake made in Fushimi? The simple answer is found in the underground water of Fushimi, specifically the balance of elements such as potassium and calcium in the medium-hard water that is of the perfect quality and composition for making sake. It is said that the sake making process requires 14.4 liters of water to produce 1.8 liters of sake. Then add the dedication, expertise and sheer hard work of the sake brewers and the result is the excellent sake that continues to be made in Fushimi to this day.
Fushimi, a district of Kyoto, is blessed with abundant underground water. The area was previously known as Fushimizu or Fukusui, which refers to water running underground and emerging at a spring. The story of how the Gokonomiya-Jinja Shrine got its name is explained in an anecdote about the delicious water from a spring located inside the shrine. The imperial court itself, as an acknowledgment of the excellent quality of this water, bestowed the name Gokonomiya (fragrant water of the palace) on the most significant shrine in Fushimi. Gokosui (fragrant water from Fushimi) appears on the list of 100 famous natural water sources in Japan, along with the waters from other Fushimi springs, such as Shiragikusui, Kinmeisui and Ginmeisui, to name a few. 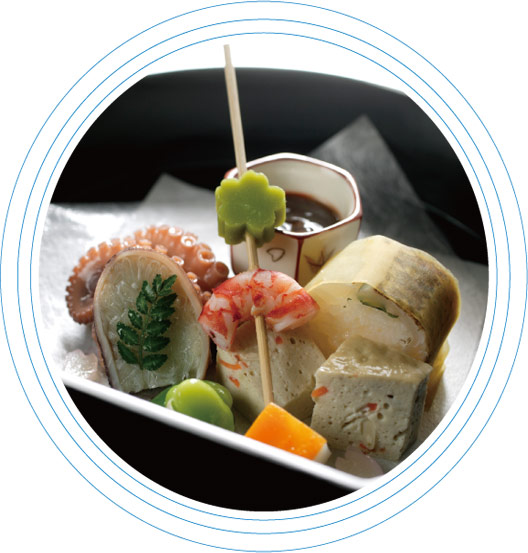 Sake brings out the best in washoku Japanese cuisine,
designated an Intangible Cultural Asset by UNESCO

Fushimi developed as a settlement when Toyotomi Hideyoshi chose to build a castle there, which led to the development of a bustling castle town, and sake brewers soon saw the benefits of being close to such an outstanding source of water. In the years that followed, Fushimi benefitted from its role as a post station, as well as an important transport hub on the canal that connected Kyoto with Osaka and then onto Tokyo (known as Edo then). During the early Edo Period (mid-1600’s) there are records of over 80 sake breweries located in Fushimi. During this period, Fushimi became synonymous with the production of quality sake throughout the land.
It is often said that locally produced sake perfectly complements the local cuisine. And so it makes sense that sake produced in Fushimi, Kyoto, is the ideal companion for Kyo-ryori, or Kyoto cuisine. Water – the crucial ingredient in sake – is also vital to washoku, or Japanese cuisine. The right sake makes the food taste better, and the right food makes sake more delicious – and this is all due to choosing the right water at the start of the process.