home > Things to See and Do in Fushimi

Things to See and
Do in Fushimi

There are over 30,000 Inari Shrines dotted all over Japan, and theFushimi Inari Grand Shrine sits at the head of all of these sites. The Grand Shrine features the Romon grand gate (designated an Important Cultural Asset), the Haiden prayer hall, the Honden main hall (also designated an Important Cultural Asset), and a host of other sights that are resplendent in their vermilion color scheme.The corridor of tori gates is the defining image for many visitors to Fushimi Inari. These shrines are now popular with people involved in mercantile trades, but originally the inari shrine was for the veneration of rice cultivation. It is said that the Inari Daimyojin deity was first enshrined back in February 711 (the Nara period). The Romon grand gate was a donation from Toyotomi Hideyoshi. 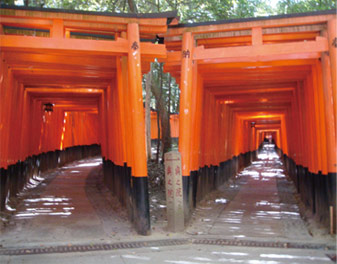 Known as a place to come to pray for the safe birth of one’s child, back when this shrine was called Mimoro Jinja, it is said that in 862 (the Heian period) a spring of delicious fresh water was found in the shrine,and the Emperor Seiwa found the water so pleasant to drink that he changed the name of the shrine to Gokonomiya, or ‘fragrant waters of the palace’. More recently, the shrine became famous as it served as the base of operations for the imperial force of the Satsuma fiefdom at the end of the Edo Period, during what is now known as the Battle of Toba-Fushimi. The rock garden in the shrine is said to have been designed by famed artist Kobori Enshu, and one can find the camellia—said to be Enshu’s favorite plant—in the shrine environs. The main gate is made from timbers salvaged from the entranceway to Fushimi Castle, constructed by Toyotomi Hideyoshi. 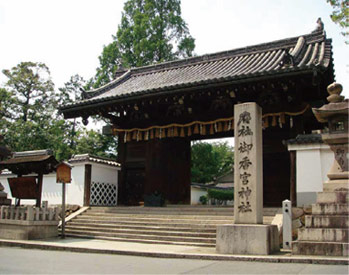 Said to protect the area from calamity and misfortune, Jonangu was established when the imperial court was moved from Nara to Kyoto, with the aim of protecting the new capital and by extension the whole country. The shrine is known for its “kyokusui no utage” tradition, whereby in spring and fall poems are composed by a stream on which cups of sake are set afloat to be drunk by the participants. Jonangu actually has five different shrine gardens, called Rakusuien, each with its own unique appearance. The gardens have over 100 different types of plants described in the Tale of Genji. Jonangu is located in Toba, which for 150 years was the location for a cloistered government. Shirakawa, Toba, Goshirakawa and Gotoba Joko oversaw the running of the country over four imperial generations. 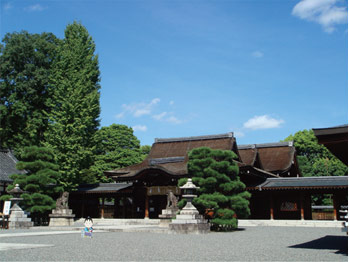 Many of Fushimi’s sake breweries are located along the Go-kawa River, a branch river of the Uji-gawa River. When Toyotomi Hideyoshi ordered the construction of Fushimi Castle, the Go-kawa formed part of the outer moat. During the Edo Period this waterway served as the transportation link with Osaka, with jukkokubune and sanjukkokubune boats carrying their cargo back and forth, transporting rice and sake. One stretch of this waterway has been designated as an Important Neighborhood Area for Landscaping by Kyoto City. It is a wonderful place to take a stroll, illuminated by retro-style street lighting and with all the electrical cables buried, one can simply walk and enjoy the evocative scenery. 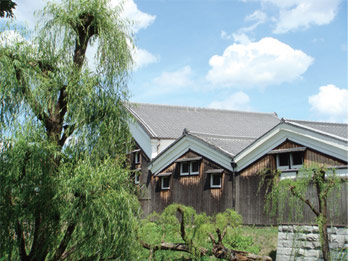 Visitors to Fushimi can enjoy the scenery of the sake breweries from the water, thanks to the jukkokubune and the sanjukkokubune boat service. There is a reason to enjoy the area from a boat during all four seasons, be it sakura cherry blossom, weeping willow, hydrangea, autumn leaves, or a snowscape in winter. It is a real opportunity to relive the glory years of the port of Fushimi when the river was bustling with cargo and commerce. The jukkokubune was used to transport rice and sake. The sanjukkokubune was also known as the kashobune and served as a passenger ferry, an official vessel of the bakufu (feudal government), and the kashobune had a pass to get through checkpoints. Both vessels used to transport people and goods to and from Osaka via the Yodo River. • Services run from April through to the end of November
• No services on the jukkokubune on Mondays (unless Monday is a national holiday)
• The sanjukkokubune runs on Saturdays, Sundays and national holidays (no service on weekdays) 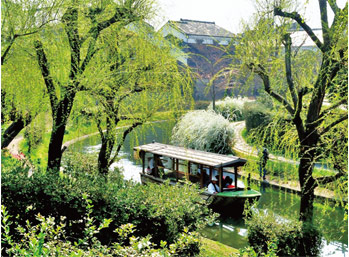 The Fushimi Ningyo is said to be the oldest clay figurines in Japan. These clay dolls were taken home as souvenirs by people who came from all over Japan to visit the Fushimi Inari Grand Shrine. Each region in Japan has its own style and history when it comes to clay figurines. At the end of the Edo Period there were over 60 kilns producing these figures in Fushimi, but now there is only one left – Tanka – which has been making Fushimi Ningyo for 260 years from its location right in front of the main gate of the Fushimi Inari Grand Shrine. There are said to be around 2,000 different designs of these ancient clay figurines. They are also known as Inari or Fukakusa Ningyo. 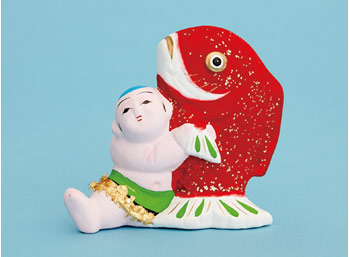 Remains of the Fushimi Magistrate’s Office

When Kobori Enshu served in the office of the magistrate of Fushimi, the location was moved from Shimizu-dani to its current location. Kobori Enshu was known as a proponent of tea, and enjoyed hosting court nobles and wealthy merchants in an ascetic manner according to the way of tea. It is said that Tokugawa Iemitsu, the third Shogun of the Edo Period, called in to visit with Kobori Enshu when he traveled to Kyoto. During the Battle of Toba- Fushimi, the Magistrate’s Office became the headquarters of the militia known as the Shinsengumi, as well as the forces from the Aizu fiefdom. The imperial force of the Satsuma fiefdom was a mere 150m away at Gokonomiya Shrine, and its shelling of the Magistrate’s Office destroyed and burnt it. Some parts of the garden were relocated to Gokonomiya Shrine, where they can still be seen today. 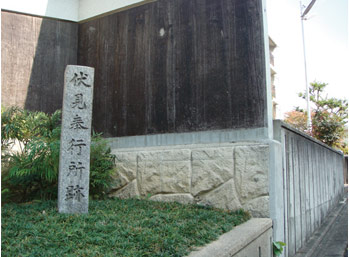 The port of Fushimi was always busy, due the number of people traveling between Osaka and Kyoto by river ferry. Terada-ya was the inn of choice for people awaiting their berth on the next ferry. The Terada-ya is also where Sakamoto Ryoma used to meet with representatives from the Satsuma and Choshu fiefdoms during the turbulent years at the end of the Edo Period. The Terada-ya was the location of the incidents connected to internal tensions in the Satsuma fiefdom, as well as where Sakamoto Ryoma was cornered by government forces seeking his arrest. Sakamoto was able to escape only thanks to the intervention of his future wife, Oryo. Visit the Terada-ya to experience the turbulent atmosphere of the end of the Edo Period. 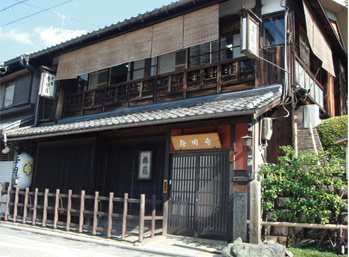